Meiosis consists of two divisions, both of which follow the same stages as mitosis (prophase, metaphase, anaphase, telophase)

Metaphase – I: Spindle fibres from opposing centrosomes connect to bivalents (at centromeres) and align them along the middle of the cell.

Anaphase – I: Spindle fibres contract and split the bivalent, homologous chromosomes move to opposite poles of the cell.

Metaphase – II: Spindle fibres from opposing centrosomes attach to chromosomes (at centromere) and align them along the cell equator

The final outcome of meiosis is the production of four haploid daughter cells. 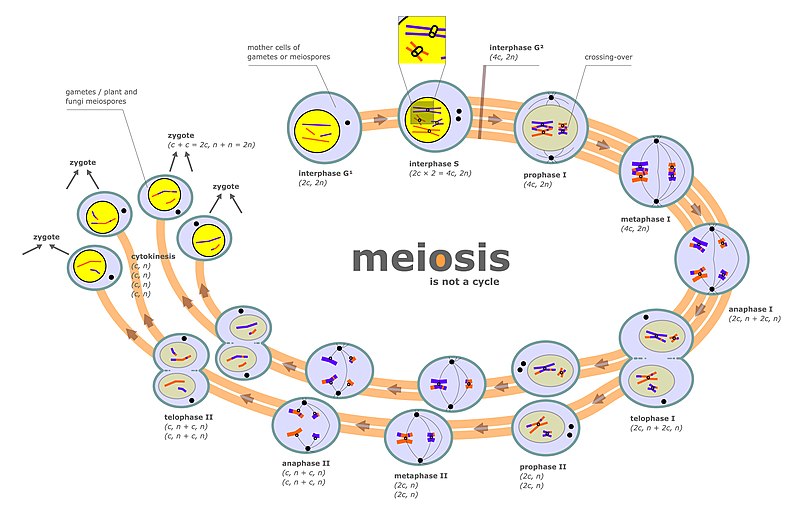